Showing posts from September, 2015
Show all

Why the Beatles being wrong saved my life. 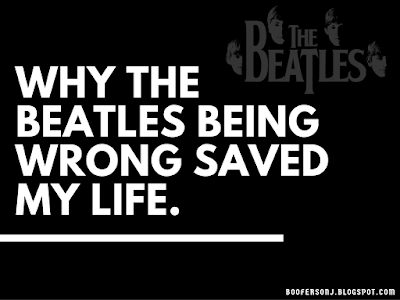 The Beatles lead the British invasion of American airwaves, and not only captured the heart of an entire generation, but became it's unofficial spokesmen as well. Their songs started out as pop rock boy band love songs, but overtime took more serious turns as they incorporated their views on politics and the world at large. They preached peace, love, and understanding, three things generally considered to be good and sorely lacking even today. So with a message like that, what were they wrong about and how did it "save my life". I'm simply referring to one line, of one song, that didn't apply to me. That line?

Why Are Donating Blood And Drinking Jager Bad For You? 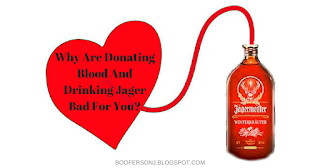 Here I present to you two life lessons that I unfortunately had to learn the hard way. While both tales have similar endings, the stories themselves are as different as can be. I hope that you learn from these, and do not make the same mistakes that I did. For as you will see, all the glitters is not gold. And even if it is gold, you may not want it as much as you think...